Some thoughts on the Apple App Store, and App Store quality, as a developer, as a consumer, and a parent

There have been a lot or articles around the App Store, and App Store quality, in the last few weeks, and I’ve had some frustrating interactions myself, but John Gruber’s article below hit home the most, maybe Apple should spent more time using their muscle policing the quality in the App Store, and the end users experience rather than their bottom line.

Daring Fireball: A Moment of Clarity Regarding the Raison d’Etre for the App Store:

Feel free to file Google’s release this week of an update to their iPad Gmail app with support for split-screen multitasking under “better late than never”, but this is so late it borders on the absurd. It’s like the difference between showing up fashionably late and showing up a week after the party.

The quick summary of John’s article is that that Google’s gmail app for iPad could have had split screen (good for more productive work on the iPad, eg email on one side of the screen, another app on the other) 5 years ago, but it didn’t, yet this app is one of the most downloaded, most used iPad apps on the platform. Should Apple not be policing these top tier apps, the most used / downloaded, however you chose to measure it and pushing them to be better, more features, a better user experience, after all there are many, many users who will benefit. 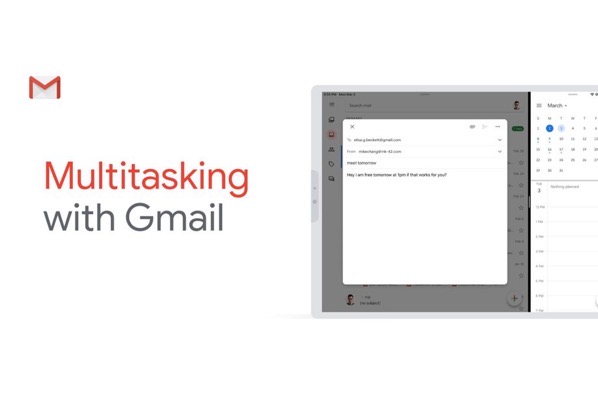 In complete contrast, I’m at the final stages of a cross platform, open source, demo app (don’t tell Apple!) it has very little functionality, a simple utility, that’s free, who’s reason for existence at my end is a technical one, to show how this cross platform code can develop the same utility on iOS, Android, Mac and windows desktop (for starters). It’ll be on Github and an example for others to build on. It got rejected by Apple for not having enough features, they even openly admitted that it’s not for them to define the functionality of the app, except they were, and they did! (Not a biggy, I’m just putting some of the version 2 ideas I had in now). My point however, is if apple can dictate quality, and functionality to little old me, in an app that will affect approximately 20 people on the planet, why can’t they do the same for an app that’s offering a poor experience to millions? Because it involves butting heads with Google ????

On a similar note, in terms of improving the end user experience, Gems, game drugs as I call them, the concept of In App Purchases for games, marketed at kids, who just, want, want, want. I hate them. This caused tears in my household this weekend, all thanks to the need to buy gems to progress further in a game (there’s no method to earn progress, you have to buy it). Now we use parental controls, so my daughter has to request in app purchases, and most of the time we say no and suggest Apple Arcade which we also pay for (something created by Apple because they can see the problem these games create), as it has no IAP, no gems, just good quality games. On this occasion, as a treat I said yes, the next day she requested again, so we had a conversation about how this wasn’t going to be a habit, and I said no, the first time was a one off. A few hours later she came to see me, all excited, she’d found a YouTube video that ‘showed’ how if you download this other app you would get free gems to the former – so clearly the need for gems was on her mind and she’d been off looking. Of course this won’t work, at least not in the way she thinks, and just perpetuates the problem more, another app, with adverts (which is how their short attention spans find these in the first place) probably asking for gems itself, and so the cycle continues. So I had to sit down and explain to her, that this was not what my poor trusting daughter thought it was, the offer of free gems was not true, it was just a lure, and of course that she couldn’t have her gems, and her world was broken, cue tears, and me, an angry helpless parent ????

I need to spend more time in Apple Arcade with the kids, I’ll admit that, but the games are almost too big, too good, the kids don’t invest time in mobile games – not like PC or console – they like quick pick up, put down games I’m open to any recommendations, as a big kid I enjoy the odd game too), and obviously indifferent to quality! Apple Arcade games are more traditional, and for what ever reason they aren’t appealing to my kids – I really think Apple need to refocus on this, but of course will they? The cynic in me thinks they like their 30% cut on gems, game drugs, and aren’t motivated to fix that.

So back to the premise, if Apple are going to preach, quality control on their App Store then do so, do it well, and be dictate it, and be consistent. But don’t pretend, that’s almost worse than letting things become a dumping ground like the Google Play store can be, at least you know where the bar is there, and protect accordingly. People want App Store quality, so please give it to us, and as a developer I’ll work with you to hit those standards.