Microsoft is bringing Android apps to Windows 11 with Amazon’s Appstore – The Verge:

Microsoft says it’s using Amazon’s Appstore to bring Android apps to Windows 11. Apps will be listed in the new Windows store, and can be pinned to the taskbar or snapped alongside traditional Windows apps. Microsoft is also partnering with Intel to use its Intel Bridge technology to make this a reality, although the Android apps will still work with both AMD and Arm-based systems.

So, Android Apps on Windows?, not via the Google Play store  though – would have been interested on being a fly on the wall assuming those conversations happened! We’re short of details, but this is an exciting play. Microsoft already has a development route to market for Android using it’s own plaforms (Xamarin allows code (almost) once development in C# using Visual Studio to develop cross platform mobile apps) so it makes sense to tie themselves further into Android having abandoned their own Windows Mobile platform.

Using the Amazon Store however is not an assumed simple move for existing Android apps, certainly there’s some hoops to jump through to migrate to Amazon and losing Google Play Services could mean platform changes of functionality losses.

I’m off now to research the Intel Bridge technology that they are using, news is a little thin but this quote from Engadget offers some suggestions;

Intel says Bridge is a runtime post-compiler that allows applications that were originally designed for a variety of different hardware platforms to run natively on x86 devices. The company points out the technology is part of its ongoing XPU strategy, which means it won’t be merely limited to bringing Android apps to Windows 11.

Probably not quite enough to get me to jump to Windows 11, not now that I’m all in on Apple Silicon! But If you’d like to know more about cross platform apps, mobile or otherwise, and how they could benefit your business then I’d love to hear from you. 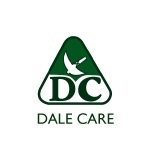 Dale Care are a home care provider based in the North East of England, and operate in County Durham. They have an existing call confirmation system that confirms calls within the Staffplan system, however logged calls did not tally with actual calls, and it was time consuming to manually compare

A key factor in how Dale Care manage, and bill their home care services is through quickly, and accurately confirming calls made by carers to clients at their homes, into the Staffplan management software specific to the home care industry. This is done primarily by the carer ‘phoning home’ from the client’s home, and the CLI is matched, recorded, and the visit logged into Staffplan.

This matching is currently done by a call logging box the runs in parallel to the existing NEC phone system and is monitored by a standalone windows server based application. However not all calls are being confirmed within Staffplan, yet the are identified in the NEC Phone System logs, which leads to discrepancies in payroll claims, and potentially under billing for clients as the system does not believe home visits have been made.

As a short term solution dotUK provided a daily analysis tool that runs as a scheduled task that picks up all call logs on the dedicated inbound phone system trunk and attempts to match them with confirmed calls in Staffplan, this matching is done with a time threshold to allow for subtle time logging differences, and highlights any calls the phone system has identified that are not properly confirmed. These calls are then output on a daily management report that allows Dale Care staff to batch update Staffplan, and correct the anomalies, and saving significant man-hours in chasing manually reported discrepancies.

Both the NEC Phone System, through the My Calls add on, and Staffplan utilise MS SQL Server s the back end database, and for simplicity dotUK chose to utilise a simple Python script compiled as a 64bit Windows Server executable running as a scheduled task, as the method to implement this call comparison.

Art Screen Prints based in Guisborough here in the North East specialise in producing print based fund raising merchandise for schools, clubs and other associations. One such product is ceramic mugs printed with the pupils drawing. In order to best represent the potential end product the need to produce Parental Order Forms (POF’s) that are personalised with the pupil’s details, and as close as possible to a final representation of the Mug printed with the pupils drawing. We would also need, within the same workflow, to print the final print ready templates in PDF format for use in the printing process,

One of the unique requirements of this software development was the fact that the client used a mixture of both Apple Macs, and Windows based PC’s and as such this tool would potentially need to run, in the same manner, across both platforms.

The workflow is in essence two fold, presented with a folder of pre-scanned images (grouped by Class, or other equivalent organisational hierarchy), the desktop application we developed would need to take this feed of images, process them, and generate one, or both of;

To do this we built the application utilising the Mono framework (a Cross platform representation of the C# language that allows applications to be built from a single codebase under Windows, Mac, and Linux).  However as this was a desktop application and we had to consider the User Interface (UI) it was also necessary to make a decision on the UI framework.  In the end we settled on GTK as the best performing, simplest, multi platform graphical interface framework, for what was as an interface quite simple.

The application itself was mostly a wrapper around pre-generated ImageMagick (A cross platform software suite for manipulating images programmatically) commands that we built to create both the print template, and the POF.  Particularly challenging was the need to take a flat two dimensional image, and create the effect of wrapping and warping the image ‘around’ the Mug so as to represent what the human eye would see in the flesh.

In addition, owing to the batch processing and time it would take, we had to ensure to user asynchronous event based programming within the apps interface to ensure that a consistent update on progress was fed back to the user, without the application timing out, or ceasing to respond as it would with lengthy synchronous waits.

Thanks to our success the project grew to encompass a sister project for the generation of Calendar templates, and associated order forms.